On the factory floors of Australian mask manufacturer Med-Con, eight of the 10 machines sit silent.

It’s an eerie contrast to the noise and activity of the site last year when production was at its peak.

“All the people we’ve supported throughout the pandemic seem to have left us,” chief executive Steven Csiszar said.

When the pandemic hit at the start of 2020, Med-Con was the only surgical mask manufacturer in the entire country.

Suddenly the small family-owned business, based in Shepparton, Victoria, was thrust into the spotlight.

The federal government begged Med-Con to boost its supply from two million to a staggering 60 million masks by November 2020. 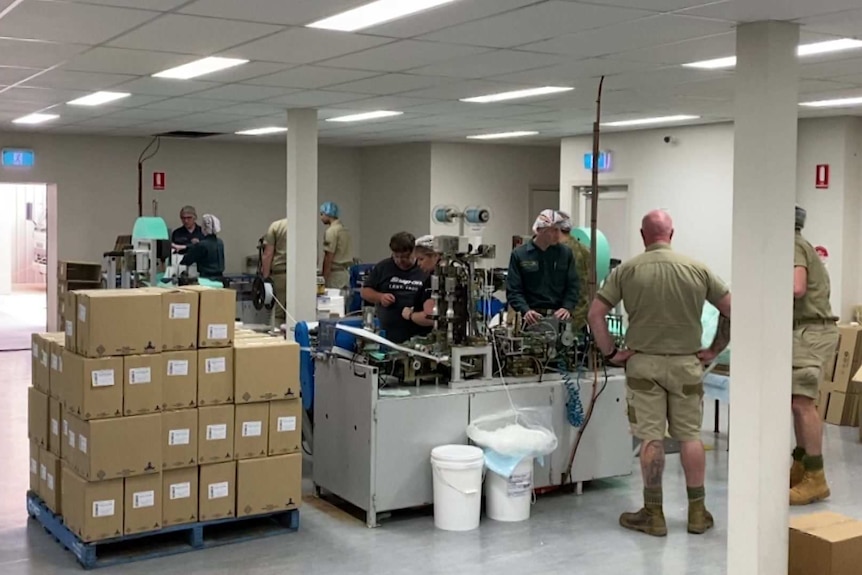 Med-Con sprang into action, purchasing 10 new machines, hiring more than 100 staff and even enlisting the help of the Australian Defence Force.

But once pandemic pressures started to ease, health services rapidly returned to their overseas suppliers of old. And for Med-Con, business suddenly dried up. “They seem to have lost the concept that if we have another pandemic in a few years and borders shut again, they’re going to be reliant on local manufacturers,” Mr Csiszar said.

“But as a manufacturer you’ve got to think to yourself, ‘Do I want to keep doing this?'” At the peak of production, Med-Con had 150 employees working around the clock to pump out masks.

Now, they are down to just 25 staff, often with only two machines running.

Med-Con plans to adapt, developing its manufacturing to make other products and expand its medical lines.

But Mr Csiszar said they would be “treading cautiously”.

“I just don’t think there’s that resolve to stick with Australian-made,” he said.

“But unless governments make a stand and tell their health services they have to buy from us, they’ll just search around for the cheapest product.” 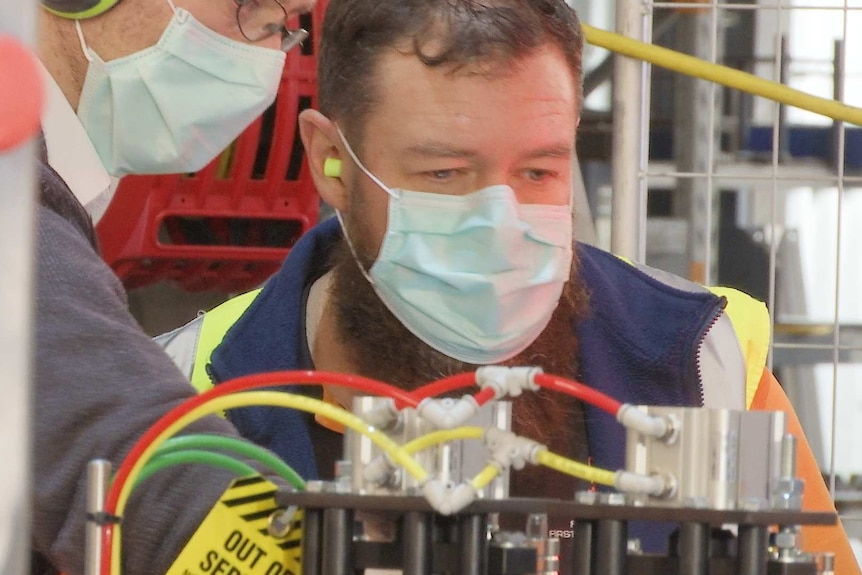 In recent months, Med-Con has also had to grapple with an oversaturated market.

While it was the only factory of its kind at the start of the pandemic, at least 10 similar manufacturers have sprung up across the country since.

Mr Csiszar claimed many newcomers did not have the experience of his business, which had been running for more than 35 years.

“It’s very frustrating because we were the first and we’ve always considered ourselves as being the best or the most premium,” he said.

But with health services now shopping offshore, these businesses were “battling for a much smaller slice of the pie”. With the Delta strain a growing threat, health authorities said high-quality masks were more important than ever in the battle against COVID-19.

While medical-grade surgical masks were considered the best form of protection, Professor of Global Biosecurity Raina MacIntyre said cloth masks could be designed to perform just as well.

“You probably have to make your own to have a really good one,” she said.

“[They need] at least three layers, a water-resistant outer layer, absorbent inner layer, a good fit around the face, and fine fabric with a high thread count.

“All of those things will increase the protection.”

Professor MacIntye warned there were masks on the market that claimed to be surgical masks, but were not medical grade.

“So they’re not approved by the Therapeutic Goods Administration for use in hospitals,” she said.

“People can look at the packaging, often it’ll say ‘non-medical’ to indicate it’s not been through the regulatory processes a medical mask would need to go through.” But as disposable masks continue to flow into landfill, environmental groups are urging people to opt for reusable alternatives.

Geoff Angel is the director at Boomerang Alliance, which represents 47 environment groups concerned about packaging and waste.

“Quite clearly we have a serious problem with millions and millions of disposable masks being used, thrown in the streets or thrown in the rubbish,” he said.

“We would urge hospitals to look, where possible, at doing more recycling.

“While we thought this COVID problem might have been short term, I think we need to, as an economy and personally, invest in reusable masks.”