After the COVID-19 pandemic delivered the world a crash course on virus behaviour, this year’s flu season is proving what healthcare specialists and epidemiologists have been saying all along: Viruses are unpredictable and, sometimes, a little weird.

Australia’s flu season is early and case numbers are increasing at a rate that is alarming some specialists. The nature of infection is a worry too.

After Delta and Omicron, the world is well-versed in variants, and it is a nasty strain of influenza A that is driving Australia’s flu season and filling hospital beds.

Around the globe, there have been other, unusual trends.

The US flu season has seen two peaks and has been unusually long, the United Kingdom’s barely registered, South America is reporting cases outside the usual season and China has seen influenza B circulating without any influenza A.

Experts say this year is a weird one, partly because travel is back on, but also because we are still not as connected as we once were, so the data is “patchy”.

Strange trends around the world

When the United Kingdom ditched mandatory mask wearing and social distancing in the summer of 2021, doctors and scientists who had been on the pandemic front line warned of a nightmare resurgence of influenza come winter time.

Chief analyst at medical think tank King’s Fund Siva Anandaciva was one of them.

“I don’t know what is more worrying, flu or COVID-19, or the interaction of the two,” he told The Times in October. But it seems the nightmare scenario did not come to pass. According to the World Health Organization’s FluNET, influenza activity remained low for much of the UK winter, and petered out after a brief resurgence at the beginning of spring.

The season was one of the smallest in the past 10 years.

On the European continent, there were other strange trends.

Director of the Worldwide Influenza Centre at The Crick Institute in London, Peter McCauley, said: “It wasn’t a homogeneous picture across Europe.”

He said that, in some European countries, infections peaked twice.

In the United States, the annual flu season is usually over by the end of March. Some surveillance measures are packed up at the end of April, two months after winter officially ends in the northern hemisphere.

However, this year, monitoring is still active in June as the Centers for Disease Control and Prevention (CDC) reports “seasonal influenza viruses continue to circulate, and activity is increasing in parts of the country”.

Infections did peak in December, as they have traditionally done, but they then started to increase again across most of the country very late in the season.

Dr McCauley said there was no obvious explanation for the two peaks.

“This is pretty unusual and the length of the season is unusual as well,” he said.

“We’re halfway through the year and there are still a number of viruses [circulating].”

He said that China also had an usual story, but for different reasons.

“China had a very odd year and a half, where they didn’t have any influenza A virus, they were all influenza B virus,” he explained.

“But just over the last few weeks or so, southern China has started seeing influenza A viruses again, without seeing them for the past 18 months. That’s very unusual,” Dr McCauley said.

Australia’s season explodes in May

The number of flu cases recorded by the national surveillance system was minimal until May, when infections increased tenfold.

Australia’s traditional flu season lasts until October and experts are warning the hospital system is already under strain.

Associate Professor Sheena Sullivan is senior epidemiologist at the Doherty Institute’s WHO collaborating centre for reference and research on influenza, based in Melbourne.

“It is a very strange flu situation,” Dr Sullivan said.

The Northern Territory currently has the highest per capita notification rate as the influenza epidemic reaches into vulnerable Indigenous communities.

According to the Department of Health in a May report: “From mid-April 2022, the weekly number of notifications of laboratory-confirmed influenza reported in Australia has exceeded the five-year average.”

The department is reporting nearly 98 per cent of all infections are influenza A, with the subtype H3N2 being identified nearly four times more often than the less-severe H1N1.

“Infections caused by A (H3N2) strains are more likely to lead to severe morbidity and increased mortality than influenza B or seasonal A (H1N1) strains,” according to the Immunisation Coalition.

COVID-19 has shaken up flu seasons

So what’s behind the unexpected flu activity around the world?

As people spent less time socialising with each other, and upped their personal hygiene with handwashing and mask wearing, there were less opportunities for influenza to spread.

“International travel is what you need for flu to get from country to country,” she said.

“[During COVID] we basically didn’t see any flu that was community spread … global circulation was really limited, there didn’t appear to be transmission that spread from country to country. There seemed to be isolated pockets of flu activity.”

Those isolated pockets of activity were mostly in tropical areas, where circulation of respiratory viruses such as influenza is not so seasonal. That resulted in a relatively flu-free pandemic. But the fear was that, in the two years or so without flu circulating in the community, people would lose some of the immunity they would ordinarily have developed through more regular exposure.

In some places, this resurgence of flu has taken longer than experts predicted. Many put that down to a slow return to pre-COVID socialising and people being generally a bit more germ-conscious.

It is also worth noting, among all the ways COVID-19 has changed our lives, are the different behaviours we now have when it comes to testing ourselves for viruses.

Dr McCauley says the lack of in-person GP appointments in the UK could be contributing to the low numbers of confirmed influenza cases.

Inversely, in some Australian states, testing for influenza has been added to COVID-19 PCR analysis, so Dr McCauley theorises “a whole lot more people” may be getting laboratory tests for the flu than in seasons before COVID-19.

Dr McCauley works with the WHO to identify new strains of influenza and potential new components for upcoming vaccines.

To do that, scientists around the world work to identify new strains of influenza A and B, and determine whether or not last season’s influenza vaccine needs to be updated.

Dr McCauley said that process was not as easy as it was before COVID-19.

“With the lack of homogeneity in different countries, it has become more difficult. However, we’re still receiving viruses from around the world and we can still recognise what is in circulation and draw up a general picture,” he said.

“The world is less connected now than it was. This may well [be the reason for] the patchiness we’re seeing.

“We haven’t reached an equilibrium. We are still probably travelling less around the world overall.”

With less travel comes less virus circulation and less information from which to formulate vaccines.

“If you can’t have people moving out of China, that’s … a very large population that’s still isolated. The impact is still there,” Dr McCauley said.

In the US, health and medical bodies are still encouraging the uptake of the current northern hemisphere flu vaccine to try to minimise the amount of severe disease and hospital admissions as the tail end of their season.

However, the CDC has noted late-season infections are a strain of the H3N2 subtype of Influenza A, which the current vaccine does not comprehensively cover.

“While preliminary vaccine effectiveness estimates suggest that this season’s vaccine did not reduce the risk of getting sick and needing outpatient medical care from H3N2 flu, there is a growing body of evidence suggesting that flu vaccination attenuates severe illness, even when the circulating viruses have antigenic differences from the vaccine virus,” the CDC said in March as a second spike of infections began.

Dr McCauley said that, ahead of the last US flu season, two new strains were circulating.

“At the time when the virus had to be handed over to the manufacturers, the only one that was available for use is a virus that would have originated from Cambodia and that virus was not the one that mostly spread, and so it … didn’t correspond completely [with the vaccine],” he said. The WHO has already released updated recommendations for the composition of the new flu shot for the next northern hemisphere season.

This means that strains identified in 2019 and 2021 respectively will now be included in the next northern hemisphere vaccine.

Australia is renowned for its robust influenza surveillance, so it’s no surprise new strains have been identified here.

“There is very good surveillance done in Australia. So, if you actually look at the composition of influenza vaccines, the number that come from places like Darwin, Brisbane and South Australia is quite striking.”

Will we be able to predict future flu seasons?

Dr Sullivan says that, in her view, COVID-19 has shaken up what little seasonality respiratory viruses used to follow.

“I don’t think we should necessarily expect epidemics to always be in winter for the next year or so. Or maybe even a few years,” she said.

It’s not just the flu that COVID-19 has thrown out of whack, either.

There have also been unusual spikes in respiratory syncytial virus (RSV) in Australia, the US, South Africa, New Zealand and Japan.

RSV affects babies and young children, and typically presents with flu-like symptoms, such as a runny nose, fever, cough and a wheeze. It is one of the most common reasons for children being admitted to hospital. In the US, cases of RSV usually peak in the autumn-winter months, and most children are exposed within their first two years of life. However, the CDC warned of an unusual spike in the summer of 2021, with older infants and toddlers at increased risk.

“It looked like it was a bit of a catch-up epidemic,” Dr Sullivan said.

“The modelling from the US suggested that those epidemics will have varying intensity [in future] … seasonality is disrupted and getting back into those patterns will take a while.”

To prevent incoming flu epidemics from overwhelming health systems and making lots of people sick, authorities are repeating the same well-worn advice we’ve been hearing for the past two years: Get vaccinated, and keep up the hygiene routine.

Australia’s Acting Chief Medical Officer says annual vaccination is “the most important measure to prevent influenza and its complications”.

Dr Sullivan said it was important for people with any symptoms of respiratory virus — even if they test negative for COVID-19 — to stay home and isolate from others while they’re feeling unwell.

It’s a familiar message, and Dr Sullivan says it’s not the only thing we can learn from the COVID-19 pandemic.

“[Before COVID], we didn’t have the surveillance systems in place that we do now. So we have this really good opportunity to try to understand those patterns of circulation and transmission a bit better,” she said. 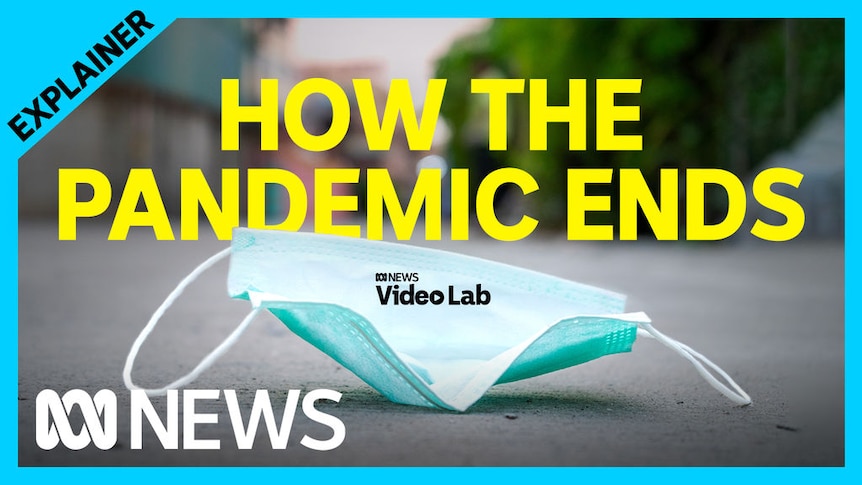