After both of Himanshu Malik’s parents died from COVID-19, the 13-year-old has been left with the burden of acting as the head of the household.

With the help of his uncle and grandmother, who in recent weeks moved into the house, the young boy looks after his 12-year-old sister Prachi and 11-year-old brother Priyanshu in a remote village about three hours’ drive north of Delhi.

Along with caring for his two younger siblings, he maintains the family home, tends to a small patch of family farmland and tries to complete his education.

Through it all, Himanshu carries the weight of expectations much beyond his years.

“I am concerned about the education of my brother and sister,” Himanshu said.

“I want them to complete their education, get a job, and become financially independent.” Tragedy struck the family last year after their father, Lokinder Malik, 40, contracted COVID-19 as part of the first wave of the virus sweeping across the country.

He later died from the virus, leaving the children in the sole care of their mother.

The 38-year-old suffered a fever for several days, with local doctors using various drugs and glucose drips to try and relieve the symptoms.

She was eventually taken to a hospital after one doctor diagnosed her with “severe” lung damage. She died three days later.

Without their parents, the Maliks were left to pick up the pieces as they mourned their mother and father.

“I miss my parents,” Prachi said.

“I want to remember my parents by achieving something in life. I want to become a doctor.” The Maliks are not the only children who have lost both their parents as a result of COVID-19.

There are at least 3,621 children across India whose parents both died during the pandemic, according to data from India’s National Commission for Protection of Child Rights.

They are now known as “COVID orphans”.

The number of children who have lost one parent is much higher, at 30,071. But India’s official COVID-19 death toll is widely accepted as undercounted, as deaths from the virus were not recorded due to an overwhelmed testing regime, patchy record keeping, and even, allegedly, political interference.

The richest state of Maharashtra added an extra 10,000 and 3,500 COVID-19 deaths after an investigation, while one of the poorest states, Bihar, added an extra 4,000 in a single day.

Excess deaths in India during the pandemic could be as high as 4.9 million, a figure more than 10 times the official COVID-19 death toll, according to researchers from the US-based Centre for Global Development.

There is no data on how many COVID-19 hospital patients died from oxygen supplies running out, the centre revealed this week.

Such discrepancies have fuelled concern that the official number of COVID-19 orphans is also vastly below the actual figure. A study published in The Lancet estimated 119,000 children in India lost their primary and secondary caregivers.

“I believe, with my experience, that the number of these COVID-19 orphans will be much, much higher, if not 10 times or 20 times higher,” she said.

Ms Srivastava’s organisation, Akancha Against Harassment, was established to advocate cyber safety for children, but broadened its agenda to identify COVID orphans as the second surge unfolded.

“As soon as this got picked up by digital media and a lot of publications, on that day we received over a few hundred calls and a few thousand messages,” she said.

The lack of concrete data is raising concerns many COVID-19 orphans will miss out on the state and national government support that has become available.

In response to the rising numbers of COVID orphans, Prime Minister Narendra Modi’s government announced that each child who had lost both their parents or a legal guardian to COVID would receive a payout. 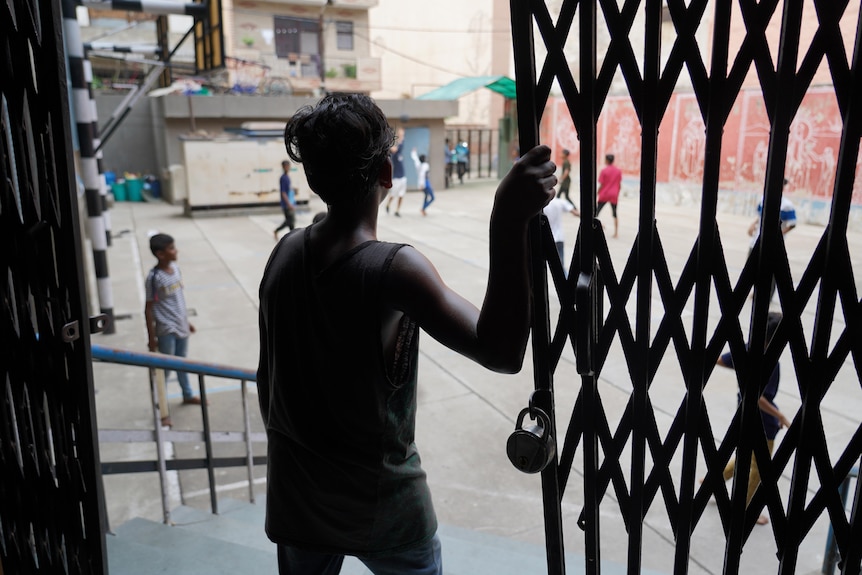 Himanshu and his siblings were visited by a state government official, who registered them for assistance that includes medical insurance, free education and 4,000 rupees ($72) each per month until they turn 18.

But so far, no government assistance has arrived.

Meanwhile their uncle Raju is keeping costs low by using produce from the family farm. “It is really difficult to raise kids who do not have parents,” he said.

“When I come to work the farm, I have to leave them alone at home.”

Can orphans stay with extended family or go into care?

The scale of the problem is also putting financial pressure on children’s support services and orphanages.

The orphanage has identified more than 100 COVID-19 orphans in the surrounding districts, and is now trying to connect them to services and establish if they should be placed in institutional care or stay with extended family. “What comes out in the media is not really the real picture of it,” he said.

“The problem is much bigger than that.”

Adding to the problem is the fact that donations to such charities have “drastically” dropped during the pandemic, he said.

“People use to come and say, ‘Father, what is your need?'” he explained.

“But now, people aren’t coming forward. How can we help these children?”

Ms Srivastava said the decision on whether children should stay with extended family or go into institutional care was complex.

In some cases, relatives have sought to exploit the financial assistance made available to COVID-19 orphans.

“Maybe their motives are not very noble,” she said. In more severe cases, children are sexually abused or trafficked by their own relatives.

“We’ve seen so much sexual abuse of children, whether it’s girls or boys,” she said.

“In an overwhelming majority, it starts from a place of trust.”