Ari Rusmawan has worked as a coffin maker in East Jakarta for nine years.

But for first time he and his colleagues are struggling to keep up with demand, overwhelmed with orders amid a surge of COVID-19 deaths in Indonesia.

Before the pandemic, they were producing no more than 10 coffins per day.

But now they’ve had to increase production to at least 30 coffins daily.

Indonesia has been dubbed the new epicentre for coronavirus as it battles with a surge of new infections and a climbing death toll caused by the Delta variant.

Its hospital system has struggled to keep up and now coffin makers and burial services have also fallen behind. 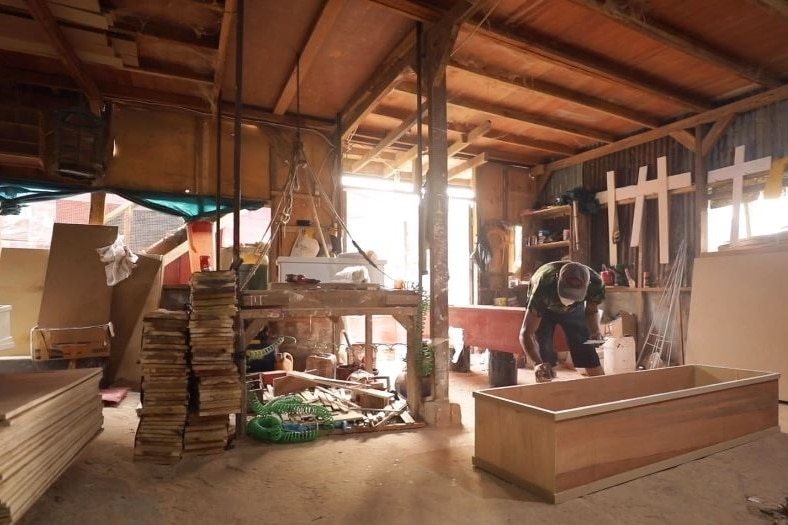 Mr Rusmawan said while many requests for coffins are “often not fulfilled”, his company CV Sahabat Duka — which translates to “a friend in grief” — is sending at least 100 caskets to hospitals and ambulance foundations in Jakarta every fortnight.

“They ask for as much as possible, but our circumstances are limited,” he said.

To keep up with production, he’s had to take on nine new staff members and push work hours well into the night.

“We normally work until 5:00pm, but lately we’ve been working late, until midnight,” Mr Rusmawan said.

“We used to work until dawn, but our neighbours began to protest over the noise. So now we are try to finish by 11:00pm at the latest.” But now he and his workers are producing up to 50 coffins per day.

Pornomo, a furniture entrepreneur in Tuban Regency, East Java, changed careers to become a coffin maker because his business was quiet during the pandemic.

“I was invited to cooperate with the [local] hospital,” he said.

Mr Pornomo said demand was overwhelming and sourcing goods was a challenge.

“We can’t produce in large quantities because sometimes we can’t get the raw material,” he said.

A shortage of materials, like plywood, was also a concern for Mr Rusmawan. He said his workshop often missed production targets because supplies he ordered came in late or not at all.

“We have experienced four days out of production because there were no raw materials.”

Mr Rusmawan said he had conflicting feelings towards the surge in demand.

“On the one hand, I’d say I’m happy because of the high demand, but on the other hand, as a human being, I am also sad,” he said. Like coffin makers and gravediggers, crematoriums around Jakarta are also under pressure.

Evi Mariani, a journalist for the Jakarta-based Project Multatuli, lost her father to COVID-19 last month.

With most nearby hospitals full, her father was sent to a facility more than 150 kilometres away from their home in Bandung, West Java.

But just 24 hours after he arrived, he died.

His family then began the quest to find a place to cremate him, which also proved difficult. “We were thinking that, OK just find the nearest cremation facility and then we can bring the ashes to my mum in Bandung later,” Ms Mariani said.

But all three facilities in Greater Jakarta that were accepting people who had died of coronavirus were full, Ms Mariani said.

Ms Mariani was given the option to cremate her father three days after he died, but the family was eager to get it done sooner.

They eventually had to go back to Bandung to find a crematorium with capacity. 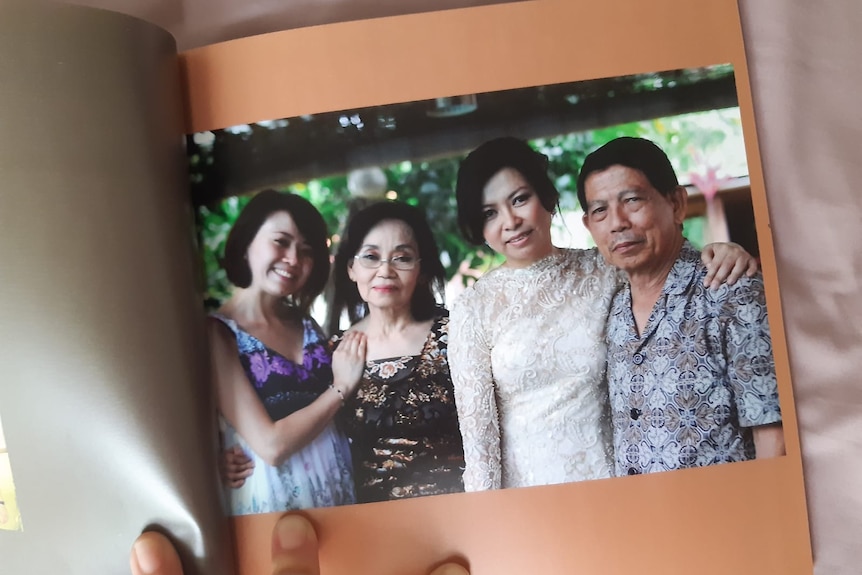 Ania Desliana, president of Oasis Lestari Crematorium in Jakarta, said compared to before the pandemic, cremations had more than doubled at her facility to as many as 183 a month.

She said she expected the number to grow even further by the end of this month.

“Some [people] have had to bury bodies because they had already decomposed,” Ms Desliana said.